The soil of the heart

I don’t know much about Harvey Weinstein, but I now bear more information about him than I ever set out to possess. All I can think, when I see pictures of his piggish, blinking face, is that a rot must have set into that place in his heart where in other men reside generosity, protectiveness, decency.

I am a father of sons, so I find myself wondering about his father. I want to believe you have to be an abject failure to raise a man like Harvey Weinstein. But the truth is that any one of us could become just as monstrous—indeed, far worse. The history of our world is a testimony to this truth, but if we’re being honest with ourselves, men, then our own hearts testify to it as well. Sometimes the heart of a man wells up with lust, with hatred, with murder, and only by a lifelong, intentional struggle do we overcome that worst of enemies—our dark-hearted and hidden selves. 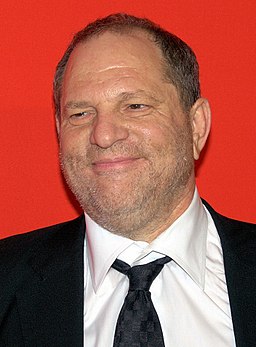 We are all of us capable, but we shouldn’t let this truth about our self-determination obscure the influence of fathers, either. What you want from your father, if you are a boy, is to know that you are good enough. Your heart has need of this while its soil remains fertile. Some of us receive that fatherly blessing into our hearts. Others are denied it. I believe much of this world’s brokenness hinges on that divide.

I am a father of sons and I’ve given up trying to divine the mind of God, entrusting as he has a man like me with boys who must be shepherded into manhood. Shall I recount for you the ways I’ve made them feel not good enough? No. If only because I can’t bear to look it full in the face, no. Suffice to say that life unwinds itself day by day, and for all our anguish we can never turn back the merciless clock even a minute.

But here are these boys, and here I am—ill-equipped as I may be—and out there is a world in which the Harvey Weinsteins and Donald Trumps and Bill Clintons seem not only to be winning, but to be in control of the scales.

Which makes this whole endeavor more important—eternally so, perhaps—than me, than these sons of mine. Because in the end, each of us can be judged based on the simplest and most ruthless of mathematics: Is this world richer or poorer for my having traveled through it?

And if this world could use anything right now, it’s good, decent, bravehearted men. It’s not even all that complicated to be one, it’s just really damned hard.

The same goes for parenting, you know. It’s not rocket science, you just have to let a little part of yourself die every single minute of every single day. Because that’s the thing about any soil, but perhaps especially the soil of the heart—it’s full of dying things that yield life.

Plant good seeds in the hearts of your children while there’s still time.