Another revelation of systematic, years-long sexual exploitation of girls in England, and the accompanying failure of men whose jobs are to protect the vulnerable. A failure driven by ineptitude, class bias, and fear of racism accusations amidst a judicial machinery that responds more reliably against thought crimes than actual crimes against children. You can read the details here, and here, and here. You can read about gangs of men preying on girls in other English towns here and here. I’ve written about the largest of these, in Rotherham, here and here.

And let’s be honest, given the widespread corruption of English local governance, English values, and, while I’m laying down the gauntlet I’ll just say it: English manhood, you’ll be reading the same story again.1

It’s disheartening to see authorities, accustomed to being thought of as peacekeepers and protectors, scrambling for cover like roaches when the kitchen light snaps on. These numbers are exaggerated, whinges the local police superintendent. On his predecessor’s Twitter page, meanwhile, we see a post extolling Child Sexual Exploitation Awareness Day.

Laugh or cry? Perhaps have a drink and do both.2

In a previous, nearly identical scandal in the industrial town of Rotherham, you’ll find, should you read the subsequent report, that no less than 36 government agencies convened numerous meetings and conferences, for years, to discuss systematic child grooming and sexual exploitation, all of which seemed to be a cover for inaction.

Or, perhaps more perversely, a self-delusional substitute for it. Many writers have imagined hell to be a lake of fire, but I think C.S. Lewis was on to something—hell is a godless bureaucratic labyrinth.

So let’s ponder a factor that seems to be twisting authorities in knots—the ethnicity of the perpetrators. You don’t have to use your imagination, you can survey the visages of convicts in Rotherham, where an estimated 1,400 girls were abused. None of them looks like he might have dined at King Arthur’s table. A handful of men stupid or unlucky enough to get caught after police decide they need to haul someone in doesn’t necessarily comprise a fair sample, of course. But British authorities did collect more widespread data on the perpetrators, and it was similarly damning for the multicultural-minded: Pakistani men preyed on and abused girls in numbers well above their share of the British population. Someone subsequently decided to remove all this data from the Web, but there’s a little something called The Wayback Machine, which means you can read the samizdat here and here.3 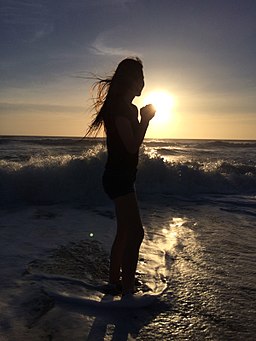 But if this seeming evidence of Pakistani rapacity sustains your conviction that none of them are worthy of being your fellow citizens, you’d best hold on to your britches, because one of the few British men distinguishing himself as such, in this sorry saga, is himself a practicing Muslim of Pakistani origin named Nazir Afzal.

It’s a fact worth pondering, in this age of heightened racial tribalism on Left and Right. Your ethnicity imparts to you neither nobility nor ignobility, and certainly not entitlement to the flesh of your fellow human beings. Each of us carries cultural baggage (and blessings), but each of us is accountable, ultimately, to at least a minimum standard, articulated variously by religious leaders but boiling down to this: Do not make a hell of this earth.

I don’t imagine the men responsible for this monstrous exploitation, nor the men who let them get away with it for years, think much on hell or judgment. But were they suddenly to do so, they might consider as well this promise, from the God-man whose every interaction with women was marked by tenderness:

“Whoever causes one of these little ones who believe in Me to stumble, it would be better for him to have a heavy millstone hung around his neck, and to be drowned in the depth of the sea.”

For judgment comes for every man, even the ones with eyes held tightly shut.