The Cost of Calling: Compromises

What is the cost of a calling? You can be called to be a parent; you can be called to be a plumber. But having a child, or picking up a pipe wrench, is not—in and of itself—to pursue a calling. The world is filled with parents and plumbers, after all, who don’t do their jobs worth a damn. That’s not to say their jobs are easy, that any one of us could step into the living history of their wounds, poor upbringing, and self-deceptions and do better. But it is to say that a calling entails not only what we do, but how we do it. We are called to be diligent and loving parents, honest and competent plumbers.

It’s hard to see how being a good parent or plumber might entail some sort of existential/spiritual conflict with the world. Our platitudes indicate the opposite, in fact. We love good parents. We celebrate diligent workers.

But it’s the quiet compromises the world expects from us that undo the soul. You know what they are.

The extra hours you have to spend away from your kids because you want that promotion, that retirement villa, or maybe just to afford obscene college tuition bills.

Your church that places few demands on you.

Grinding away your family’s time with sports, because all your kids’ friends are doing sports, because most people don’t ask your son what book he has read recently, or even what he likes to do for fun, but instead what shape the ball is that he likes to throw about while parents scream at referees and someone marks down the score.

Your job that you can never quite explain to your relatives because you aren’t quite sure what it is yourself, except that it has deadlines and stress, and people higher up who want you to push your paper faster and in greater quantities and with fewer errors, only you haven’t even the physical pleasure of pushing paper, because instead you stare at a glowing screen all day and though you can’t remember your last real conversation, each day ends with your head feeling swollen from so much talk, endless meeting and strategizing and problem-solving and scheduling and button-pushing, all of it producing something that may or may not have weight in someone’s pocket, but certainly not in yours, because whatever they pay you for talking and button-pushing has already been consumed by your car that is never quite new enough, your panoply of digitalia that make everyone in your home quiet slaves, your oversized mortgage for your house that feels too small only because you have so many things, and this because somewhere you came to believe with the rest of us that families need separate rooms for dining and living and playing, that no one should wait to use the bathroom, that every child deserves his own room and your rare guests their rooms as well. 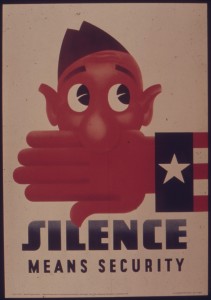 Your nod, when someone says something that is stupid or wrong or astoundingly frivolous, because if you don’t nod he may think you believe him stupid, or wrong, or frivolous, and the only thing people want less than to be stupid, wrong, and frivolous is to be confronted with the facts so that they might become less so.

Your silence in a world that hates, above all things, a voice that does not tickle ears.

It’s the last that troubles me most. We can avoid many soul-corroding compromises. To be sure, many of us have no choice but to work long hours, or to leave our communities for better work. But at the very least, we can reign in—and thereby teach our children to reign in—the impulse for acquisition, the pursuit of vain trophies, the squandering of love and friendship and the scarce time we are afforded to set our little corners of the world aright.

But what of the expected silence, and increasingly, acquiescence to a world that is dreadfully sick, and seething with anger at anyone who will say so? What do I teach my children about the silence, and their place in it?

I’ll try to tackle that in my next post.