Finding friends between the covers

So institutions are crumbling, right? The fabric of shared culture is threadbare, and our intellectual class is what you’d expect were you to put the sheep in Orwell’s Animal Farm in charge of administering doctoral dissertations. It almost makes one thankful the average American attention span is that of a moth who can’t afford his Ritalin refill—our kids are too distracted to have some theory-besotted lit professor ruin Huckleberry Finn for them.

Meanwhile the number of books continues to proliferate—about one per minute in the English-speaking West alone.1

“Learned books are published by the thousand, yet learning was never less trusted as something to be pursued for its own sake.”

Many of them are awful, but some are beautiful and ennobling. How do you decide where to spend your precious reading hours? There’s always The Canon, I suppose, but can we talk about that for a second? Because I have some brief confessions en route to making a point.

One confession is that I’ve read obituaries livelier than Henry James.

Another confession: I wish I could tell Thoreau that living on borrowed land with borrowed tools to write about self-reliance is really just a little too precious, even by today’s snowflake standards.

I could indict myself further, but three is enough, because most literary canon formulations are thick with these poor dull souls. Harold Bloom, may he rest in peace, would have me read no fewer than 15 of their volumes, but exactly zero by Chaim Potok, James Welch, and Toni Cade Bambara. The only thing James’s Short Novels and Tales ever did for me was wreck my own writing for a solid semester, but Potok’s My Name is Asher Lev, Welch’s Fools Crow, and Bambara’s Gorilla, My Love all still haunt me as a reader, and each showed me ways to be a better writer.2

My point is simply that any canon will likely include books that don’t work for you, and leave out many that could really change your life.3

The point toward which I began edging in a previous post is that the lack of certain guides can be disheartening for those of us who want to read good books in the time we have left, and maybe get better at reading better books, and perhaps most importantly of all, teach our children to love books that matter.4

But it’s not hopeless, dear reader. Not easy, but certainly not hopeless. First, keep in mind the tremendous blessing conferred by the same technology destroying so many minds—we have access to a breadth of art that surpasses what most royalty throughout history have enjoyed.

“There is so much to appreciate, and it is all available for peanuts. One can plausibly aspire to seeing, hearing and reading everything that matters.”

Sure, might come the objection, we can wander the literary landscape as we please, but the lampposts have been dimmed. We’re strangers in a strange and darkened land, seeking . . . what? Years ago Tom Bissell gave a really thoughtful answer to this question:

“Serious readers—by that I mean readers who are given to Jacobinical passion, readers who hate and love and argue—are, in crucial respects, looking for what one might as well call friends.”

If like me you survived childhood with the help of stories, this analogy makes perfect sense. And if you’re only lately coming to the pleasure of engaging with a lovely book, it probably makes sense to you, too. A little more from Bissell:

“… what I am talking about is a work of literature’s temperament, the nearly cell-level sensation its voice provokes in a reader. Faced with the opening pages of a book, we subconsciously ask ourselves: Do I like the consciousness behind these words? The next question, even more cognitively buried, is: Does it like me?”

Walker Percy talked about the ability of a writer to express thoughts in a book that would travel across time to a reader who is suffering in some way, but who in reading those words realizes he is not alone in that suffering—thereby making it more bearable, or at least less lonely. In this a skilled writer might do more for humanity than a legion of psychiatrists.

(A blogger with a paid research assistant could probably give you more examples of writers writing about the value of writing, but I think you get the point, if you’re going to get it at all.)

What I also like about the book-as-a-friend notion is that it offers some guidance amidst the aforementioned Plain of Literary Gloom. If the Pulitzer committees and canon-formulizers and literature professors are not infallible guides, well that’s okay, because we can revert to the age-old practice of meeting new friends through old friends. 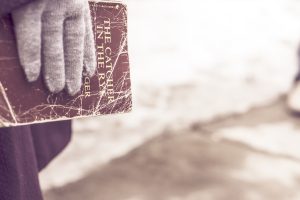 Of course here I’m using the word friends to indicate readers and writers we trust5—the real live breathing ones as well as the ones who’ve gone on to that great library in the sky. I’ve gotten wonderful recommendations from my living friends Rod Dreher, Lore Ferguson Wilbert, and Warren Farha6 for example, and from the very-much-alive-but-unaware-of-my-existence James Parker and Clive James, and from dearly departed souls like Christopher Hitchens, Eudora Welty, Walker Percy, and Doris Betts.

It’s such an intimate act—to allow someone’s clever and (hopefully) well-edited thoughts into your own uncollected ones, where some of them may settle into the soil there. We really should give some thought to what we will and are reading. Maybe all of you already agree with me about that.

And so there’s plenty more to say, and more that’s been said7 (what we should and shouldn’t read is a hot topic right now), but I’m curious about the books that have meant a lot to you—no matter the genre. So drop me a line in the comments below, or over at my Facebook page, where readers already have a discussion about this going (some of which may be TMI). Because a man can never have too many good friends.

Tweets by @tonywoodlief
PrevPreviousWhat’s Not on Your Reading List?
NextTen stories you can read if you don’t like men with hairy bellies and catsNext
On Key