So I’m eating pineapple and considering this year’s Pulitzer Prize winners and these are not unrelated, because both activities aim at healthfulness. The truth is I’d rather be eating Krispy Kreme and reading Neuromancer, but my cholesterol has taken a slight uptick. It puts me in mind of my mortality, yet even as I approach the dread Judgement Seat with fear and trembling, like Lot’s wife I look back—not on the pleasures of the flesh so much as the pleasures of the turned page. And I realize with sharpening clarity that a man has only a relatively small number of books to read before he joins the dust collecting atop computer monitors in his local public library.

A LitHub editor has helpfully assembled some calculations to help you ponder the mortality of your reading life, by estimating how many more books you can read before your own last chapter closes. It’s sobering to assign an expiration date to an activity most of us take for granted.1 But that’s how mortality works, isn’t it?

Of course anything could happen. Maybe you’ll stumble on a ring that gives you unnatural long life, and instead of inhabiting a mountain’s bowels you’ll install yourself at the New York Public Library. On the other hand, maybe you’ll drop over from an aneurysm before you finish this essay.2

The point is: time’s a’wasting, and there’s no use wasting time on mediocre books. 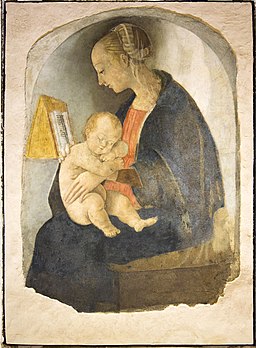 Wait—let’s sharpen that point. Even if you had a century left, you wouldn’t want to waste your time on mediocre books.3 Mediocrity is a sin, and bad literature is a venal sin. Thankfully, bad writing is one of the few sins that’s pretty easy to turn away from. So cut it out—especially if you’re one of those writing it.

But even if you eliminate the obviously bad books, there’s still way more than you have time for. And who wants to waste time reading the first chapters (in some cases, the first sentences) of books to discover they’re awful? I mean, the whole point is that we’re pressed for time here. We’d like some guidance plotting our path through the best possible literature a fallen world has to offer.

Which brings me back to this year’s Pulitzers. Now, these are supposed to be high-quality volumes. Panel of distinguished judges and whatnot. But if you are, say, an average 45 year-old reader, you’ll get through approximately 444 books in your remaining 37 years. That’s 12 books a year. Pulitzers generally go to six books a year, if we count poetry.4 Are you willing to entrust 50 percent of your remaining reading life to the Pulitzer Prize Board?

This question is fraught with peril, I know, because we’re all munching blue jellybeans in our respective political matrices. I’ve seen influential book bloggers declare they’re not reading certain writers because of their political leanings. Boycotts of movie adaptations because the authors hold unacceptable religious convictions. Cleaving to elite orthodoxy won’t guarantee a writer praise, but being unorthodox can certainly hurt.

So we flyover-country rubes are tempted to eye the list-makers with suspicion, aren’t we? To feel like we’re being herded into an arena and told to applaud.

One writer puts it this way: “The problem with prize lists is that they take something intimate and eclectic and turn it into a socially sanctioned Cultural Event.”

I find myself identifying here with the republicans of old,5 trusting neither masses nor royals. The first makes E.L. James a centimillionaire, the latter has become an Orwellian monolith ferreting out thought crimes.

But none of this should be taken to mean that Pulitzer winners are necessarily bad, of course. Many books are worthwhile even if they do wind up on a Harvard syllabus.6

And now suppose I’m completely wrong here, and that you’re better off reading the ingredients of a potato-chip bag than anything recommended by the literary intelligentsia.  There’s still train cars full of books bearing down on you every year. How will you sift out the chaff?

Well as it turns out, people are surprisingly passionate about what they refuse to read. Here’s a brief and depressing sampling:

There are all kinds of rubrics to help us decide what not to read, and maybe some of them are even not awful. But there’s something about the spirit of the whole enterprise—the negativity in it—that makes choosing what not to read feel to me, at least, like an exercise in sourpussism. Anything that fashions one into a less charming version of Allan Bloom probably ought to be avoided.

So the question becomes: How shall we decide, as the mortal clock winds down, what to spend our precious time reading?

And that, my friends, is what we’ll talk about in my next post.

Tweets by @tonywoodlief
PrevPreviousYes, you’ve come to the right place
NextFinding friends between the coversNext
On Key