I guess before you read the rest of this you should decide how you feel about the fact that I didn’t vote for either of them. Nor did I vote for the Libertarian, or the lady who makes Bernie Sanders look like Milton Friedman and whose name I’ve already forgotten. I voted in every other race, mind you—governor, district judge, soil and water commissioner (yes, there is such a thing where I live)—but not the presidential race. I suppose for the same reason I de-registered as a Republican back during the Newt Gingrich days: I just don’t care to be associated with some people.

I mean, I thought about writing in Atticus Finch, but then I had a vision of every American abstaining from this race, doing their duty when it came to every other office but declining to participate in this fiasco, this false choice foisted on us by incompetent, self-serving elites. So in a moment of inspiration or perhaps fatalism I went all Bartleby the Scrivener and walked out of the voting booth with my incomplete ballot and I’m sorry I don’t have more sophisticated reasons but the truth is I just prefer not to.

Yes, I know, I could have made a Difference. The stakes were too high to sit this one out. I didn’t vote so I have no right to complain. I’m familiar with the platitudes. Did you ever stop to ask who came up with them? Why they’re so desperate for you to parrot them?

Anyway, my point is I think we need to be reminded of some truths about each other. But maybe I’m not the one to say them. Maybe you need to hear from someone who wields a moral scale like in Willy Wonka and the Chocolate Factory, the one Veruca Salt parks her ass on so that it honks and drops her down to wherever Roald Dahl sends the bad little boys and girls and eggs. Or maybe you’d prefer to hear from a saint, or a Public Figure.

Or maybe you already know exactly who caused this mess, and you’re pretty confident that their little red wagon is gonna get fixed good and hard. In which case you definitely don’t want to hear from me.

So I guess I have no justification for intruding on your time other than the fact that I’m a parent who fears for his kids like maybe you do. Or perhaps you can relate because like me you’re a man who sees the Bad Guys winning—I don’t mean two days ago but for years now, and not just squeaking by but doing really well, like Evil had an IPO that they put their whole nest-egg in and now it’s had like ten stock splits—and you feel just, well, unmanned by it, because evil triumphs where good men do nothing and evil sure seems to be on a winning streak and so what does that say about you and me?

Or maybe you’re just a human being who feels sickened in your heart, and you can’t even say why necessarily, and all the experts are telling you they have the Answer, but they don’t look you in the eye when they say it, and your heart just keeps whispering No, No, No.

So can we start here by agreeing that most of us love our families? Maybe not always or well but most of the time, most of us? And—if you’ll please just consider this possibility—maybe most of us want a country where we’re kind to each other, and everybody has enough soup in his bowl, and kids learn to read and don’t get abused and aren’t afraid, and they don’t grow up just to be sent off to bleed and die in an endless war by men whose own children will never, ever be put in harm’s way, and where if you obey the law and work you have a fair shot—maybe not a guarantee but a shot—at a good life, and where you can speak your mind and seek out God or ignore him as you see fit, and where we all do our best to live and let live. Maybe not every politician and professor and power junkie thriving on whatever it is that makes you and me heartsick, but the rest of them. Your neighbors. My neighbors.

And so when you see that “I’m With Her” t-shirt and recall her ruthless attacks on every woman who exposed her husband’s predations, or that “Make America Great Again” cap and remember what he’s done to women in his own predatory path, can you maybe just consider that while it’s plain as day to you that he or she is unfit to lead anything but a sackcloth and ashes parade, to that person wearing her t-shirt or his hat maybe they don’t believe the truth, or some part of them is so hurt or angry that they just don’t care, and yes that’s frightening and frankly a little shitty of them, but really, how many times have you or I deceived ourselves about our own wrongs, and how well are we going to fare come Judgment Day—which, let’s be honest, we’re all a little worried might be sooner than we’d like—and so my point is, whoever your Sauron is this week, he or she probably isn’t pure evil, and the people voting for him or her really aren’t mostly Orcs, and so can we just maybe for a second consider the possibility that in our poor state of education and logic we can most of us want good things, yet be in radical disagreement about how to achieve them, and that this doesn’t mean half of us are evil?

Or maybe we are. Maybe half of us are not only utterly deluded about right and wrong, but our hearts are so blackened that we prefer the wrong.

I confess sometimes I think it’s well more than half of us.

Anyway, if we can’t pin down exactly how many of us are deluded and/or evil, we can probably all agree that number is somewhere north of zero. Like chilly north. Tundra country. But here’s the thing: while I’m no expert on human relations, I’m pretty sure no evil person has ever chosen to not be evil because someone called him names. And no deluded person has ever snapped back to reality because someone hit her in the face with a mirror.

And maybe you don’t think delusions and evil can be dispelled, and if so I’m really sorry because what a darkened world that must be to live in, like a really hopeless one, and I wish you could see that it’s not hopeless, that the heart of man can be transformed, and I’m here to tell you that’s the gospel truth because I am one of those men, not perfect or even all that good but better, and getting better still, and if I had a snapshot of the old heart to show you then maybe you’d believe me that a heart can change, but it’s not the name-calling or the lectures that make the difference but love. Love that listens but also speaks truth, love that waits, love that serves without expectation.

And so I guess the question is: do enough of us still have some of that in us? Can we show our children a better way to live with and speak about and see one another than this? I mean, are you surprised at the catastrophic growth in child suicide and anti-depressants and drug abuse and hours-long electronics-induced stupor? Can you blame them? Can we all just own some responsibility for that? I’m not saying we can make it all better overnight, but maybe we could start today, at the end of this sentence, by trying to love an unlovable person just a little, in faith that hearts can change, even his, even ours, and for the love of God they have to, they have to. 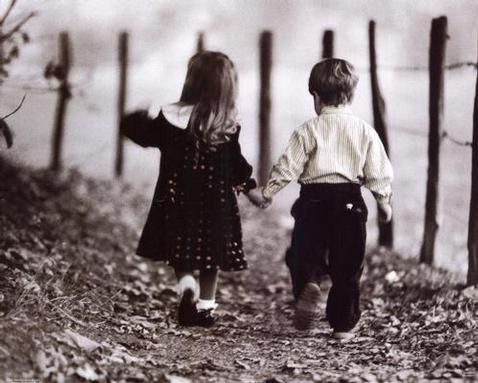